What Could Happen If You Are Caught Using, Manufacturing, or Selling Methamphetamine In Kentucky… 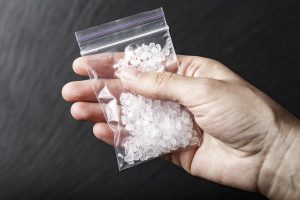 Also known as meth, methamphetamine is a stimulant drug. Often abused by snorting, inhaling or injecting, it can also be prescribed to treat medical conditions. Once the drug enters the body it takes effect very quickly, but also leaves quickly. Meth increases the amount of dopamine in the brain which triggers the “pleasure” centers of the brain, and this is the reason the user wants to take the drug every few hours. It can also have potential health effects such as, weight loss, dental issues, anxiety, possible contraction of HIV or even death. In the State of Kentucky, using, selling, manufacturing, and possession is a criminal offense.

Use Of Meth Is On The Rise

Based on data from the Kentucky State Police Department, the use of meth has significantly increased throughout the state. The meth that is tested in the lab has become so pure that it’s more dangerous than ever. There are over 400 law enforcement agencies in the state that send drug samples to be tested in the forensic laboratory. In 2018 alone, more than 27,000 samples were tested with 51% being methamphetamine. Doctors are also reporting an increase in overdoses with methamphetamines. A University of Kentucky emergency room physician reported that the patients are on a new, more intense form of the drug which causes them to be extremely agitated and stimulated. Restraints and longer observation are often required. Meth has been the drug of choice in Kentucky since 2017 and has been responsible for 29% of all drug related overdose deaths in the state which is a 57% increase since 2016.

Meth is a Controlled Substance in Kentucky

Possession, sale, use and manufacture of methamphetamine is unlawful and punishable by law. In Kentucky, possession of meth is a Class D felony offense and is punishable by a minimum of one year and maximum of three years imprisonment, and a fine up to $10,000. With a first or second offense, the offender may be sentenced to probation or a deferred prosecution program.If it’s a third or greater possession charge, jail is highly likely without any chance of attending the deferred prosecution program. It’s always a good idea to see if alternative sentencing is an option, so you can receive help for your addiction.

In Kentucky, if you manufacture or possess the elements used to manufacture meth, you could be charged with manufacturing methamphetamine. An example of this would be if you are in possession of two or more chemicals or equipment used to manufacture meth, such as over the counter medications that have pseudoephedrine and ammonia nitrate, you could face criminal charges. First offense of manufacturing methamphetamine is a Class B felony and a Class A felony for second or greater offense. With a Class B felony, you could serve up to 20 years in prison and Class A up to 50 years.

The Sale of Methamphetamine is Illegal

The punishment depends on the amount of meth sold or intended to sell. Trafficking in Controlled Substances in the First Degree is when one knowingly and unlawfully sells methamphetamine. The sale of two or more grams in one transaction or multiple transactions in a 90-day time frame is a Class C felony for first offense and a Class B felony for second offense or more. A Class D felony is charged when it’s a first offense, and a Class C felony for a second or greater offense with the sale of any amount less than 2 grams. Class C felonies are punishable for up to 10 years in prison.

Michael A. O’Hara, PLLC Can Help You With Criminal Litigation 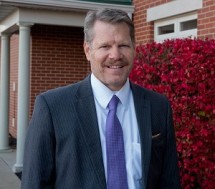